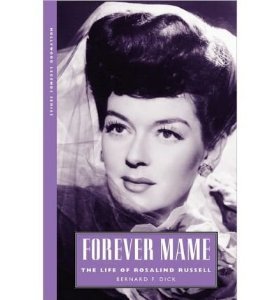 What makes Bernard F. Dick's biography of Rosalind Russell so compelling is his impressively informed discussions of her both her stage and film work. Even better, he saw Russell on stage, which means he can recreate the experience of seeing her perform--always a difficult task for biographers who have not observed their subjects in action. Dick's awesome knowledge of Hollywood, his reading of the archives, and his splendid appreciation of different media makes this a compelling read for anyone interested in the history of American theater and film. Full disclosure: this book is part of the Hollywood Legends series I edit for University Press of Mississippi. It was acquired by my predecessor, Ronald Davis, a distinguished film historian and biographer.  Read More
Be the first to comment