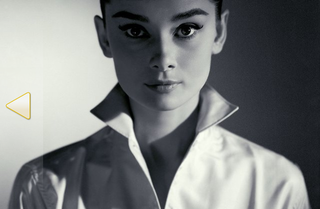 I enjoyed reading this analysis of Hepburn's biographers, especially Spoto. The ending of the analysis concerns the criterion that, to me, separates a worthwhile biography of a film star from a regurgitation of gossip, innuendo, and speculation: an examination of why audiences found this actor compelling and significant. Hepburn seems to have been unpretentious and genuine, as well as talented beyond her own reckoning. I think people in the Fifties, and people now, respond to that authenticity. Male or female, they simply like her, but I think what they like is her genuineness.

What a good word--autheticity. I agree. I think that's why William Holden fell in love with her. He was deeply troubled about the phony aspects of Hollywood, and in Audrey Hepburn he found the genuine article.

The first classic film I ever saw was "Roman Holiday," and I fell completely in love with Audrey Hepburn. Seeking out more of her works, I discovered Sabrina...and my love affair with Bill Holden began. Holden and Hepburn are the reason I watch the film, and their chemistry was still strong when they teamed up again in the 60's for "It Sizzles in Paris."

To me, Audrey is the epitome of grace, class, style, and beauty. And it wasn't just a physical beauty. She was the real deal, with a heart and spirit that spilled forth loveliness.

I guess the only word I would add to your list, Patti, is elegance. William Holden was tortured by Hollywood tinsel and Hepburn for him represented an integrity, moral and physical, that he very much craved and respected. Or to put it another way, she always she seemed to make the right move. Her physical grace had a spiritual component. 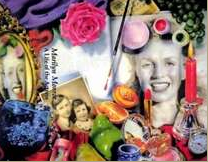 The first edition cover of my biography
It has been fifty years since Marilyn Monroe died and interest in her continues to increase. Why? Of course, many reasons can be offered. As a biographer, I want to repeat what Matthew Bruccoli said when he was asked why he was publishing another biography of F. Scott Fitzgerald: more facts. And it is true. We continue to learn more about Marilyn Monroe, about the books she read, the meals she prepared, the letters and poems she wrote, and so on. In other words, we are learning more about the person. I just read a piece about the photographer Lawrence Schiller, who pointed out that in the 1970s there was great interest in nude Marilyn Monroe photographs, but that now there seems more interest in pictures that show her as a real person. We are still learning just how complex she was. Let me just mention three books that show how much more there is to know about Marilyn Monroe: Lois Banner's new biography, which has fascinating pages on Monroe's affinity for Christian Science (just to mention one of many revelations); Fragments, a fascinating collections of her letters, notes, and other writings; and Michelle Morgan's biography, which contains testimony from many people whom the other Marilyn Monroe biographers did not interview. I'd love to hear about your own reading of books about Marilyn Monroe and why she remains such a cynosure.  Read More
7 Comments

I haven't read anything about her other than books in which she figures only from the sidelines. But your writings about her and the books you refer to in this post tell me I am missing an enormously interesting woman. I plan to change that beginning with your recommendations.

I wonder if Monroe in the last several years of her life gave any thought to returning to her pre-Hollywood self, that is, to stop dying her hair, to lose the big hair, to ignoring any sexy fashions, etc. In other words, to drop whatever made her a "sex bomb" and allow her the freedom to just be herself. Because I think she was a well-rounded human being who read well and widely and wrote and had a lot of talents that were submerged under the *sex* label. I would have liked to have been her friend and encouraged her that way.

I understand that but it makes me feel sad. What might she have found or become if she had been willing to give up "Marilyn Monroe"? I suspect a lot, and become a deeper, more thoughtful, more fulfilled woman.

I think Marilyn's conflincting identities reflect the very splitted image of America, especially in the 50's. One writer commented immediately after her death: "she was a comedienne impersonating America's idea of a sex-symbol." And as Robert Mitchum said: "She never believed it, she thought it was a joke." If she felt trapped in this sex-symbol image, she was symbolizing America's pshychological trappings, too.

Yes, many of Marilyn Monroe's problems have to do with the culture she was part of. Mailer wrote that she was a kind of mirror, and I think he's right. What continues to make her so intriguing is that she was living in the 1950s on the cusp of the 1960s. Who knows how she might have reacted if she had been able to live even to the end of the decade? Think of the transformation of women like Jane Fonda--from Barberarella to Klute.

that question was mine, I forgot to sign up, thanks for your reply, Carl!